What is a camera?

How does it work?

What is a shutter? A tripod? Zoom?

The photography and camera world is based on a rich combination of art, science and technology. If your kid is at the beginning of their photography journey and would like to know more, or if you are making your first steps in this arena and not sure what is what, this article is for you. In the coming minutes you will learn some basic and fundamental terms about cameras and photography.

We did our best to keep it simple and easy to understand, and added charts and photos where we could. So read it, share it with your kid or let him read by himself.

Did you read our articles about teaching photography to your kids? you can find it here:

Photography For Kids - How to Teach Your Kids the Basics

How to Teach Kids Photography – 11 Tips

What is a Camera?

A camera is an optical instrument, used for capturing images. The camera creates an image of an object on a light sensitive medium – a photographic film (in case of a film camera) or an electronic sensor (in case of a digital camera).

How is the image created? Light enters an enclosed box through a lens and a shutter and is then recorded on light sensitive medium as mentioned above.

Currently, there are three types of cameras:

A camera where the light sensitive medium is a roll of film. Old film cameras are mechanical rather than electric. They require film that is loaded into the camera, and then developed and printed. This is a dying breed since the introduction of digital cameras and is usually used nowadays by art photographers.

A camera where the light sensitive medium is an electric light sensor. All digital cameras are electric. The photos are saved on an SD card that can be used to transfer the photos to your computer. Some digital cameras come with wifi capabilities that enable uploading to the internet directly from the camera. 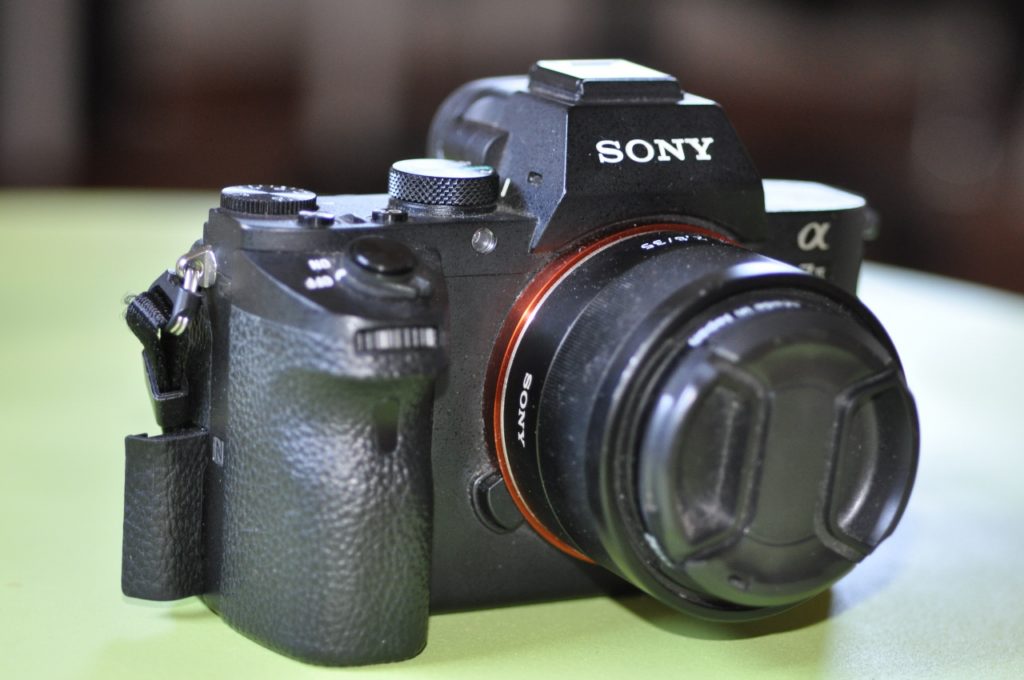 A camera that prints the image immediately after it was taken. An instant camera can be either a film or a digital camera. The common name "Polaroid" comes from a company called Polaroid which developed and manufactured the first instant cameras. 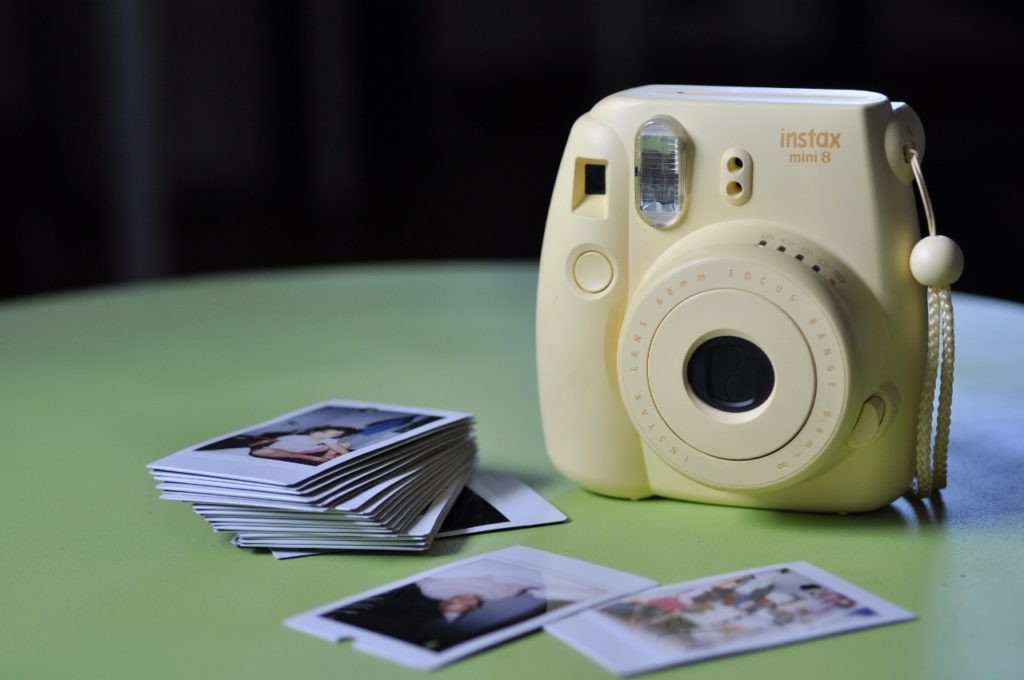 FUJIFILM Instax camera
Does your kid already have a camera? if not, read our buyers’ guides:

The Main Components of a Camera 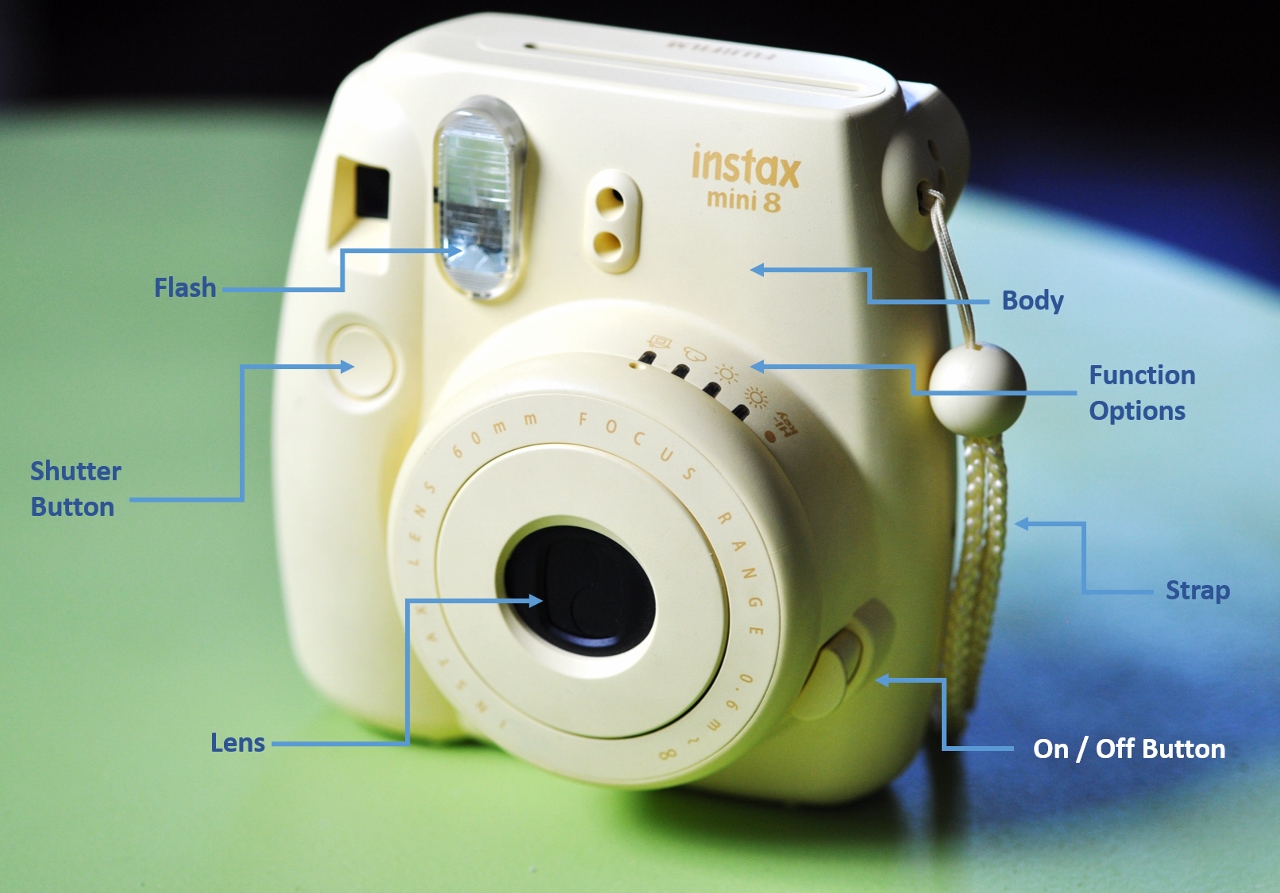 Photography, and mainly the photo quality, is all about light. As you gain more experience in photography, it will become more important to you to learn and understand the three factors that impact the light exposure – Aperture, Shutter speed and ISO:

Think of your eye's pupil – the wider it gets, the more light it lets in. Aperture is the same.

Inside the lens, there is a round curtain, called a Shutter. The shutter in normally closed. It opens up only when the photographer presses the button. The opening diameter of the shutter is the aperture: wider apertures allow more light into the camera sensor, while narrower aperture allow less.

However, the main effect of aperture is on the depth of field, which requires a more detailed explanation, but generally – narrow aperture creates a deeper background, while a wider one generates a shallow background.

When you take a photo, the shutter opens for a certain amount of time, which can vary: it may last less than a second or a few seconds. The higher the shutter speed is, the shorter the shutter is opened, and the less exposure.

What is the impact of the shutter speed on the photo taken? Slow shutter speed means more light comes in but this also creates a higher risk of taking a blurry photo. On the other hand, with higher shutter speed the photo will be crisper, although with less light.

Shutter speed is measured in seconds or fractions of seconds, which relate to the period of time the shutter is opened. It may vary from 30 seconds (for night photos) to 1/1000 or faster.

ISO is the value regarding the camera's light sensor. A high ISO means a bigger sensitivity to light. ISO values are usually 100, 200, 400, 800, 1600, 3200 and 6400. In your picture, this will be often present in the form of 'noise' (the photo will look grainy). This is more obvious in low light conditions. Set the camera to a high ISO sensitivity to take photographs at night or in an interior setting. In good lighting, a low ISO value is ideal. It will prevent graininess.

How Does a Camera Work?

Once you point your camera at the subject and press the button:

Unless you have some creative ideas in mind, you probably want the photo's object to be sharp – to be in focus.

Nowadays, most camera models, including the basic ones, come with an auto focus feature. This means that the device can choose to focus easily on its own. Nevertheless, you can choose to control the focus point manually. In most cameras, this is done by pressing the button to only half of its depth. You will see the small rectangular frame on the screen change color. When it's green, it's focused on a certain object and you can press all the way down to take the photo. Red indicates that it' hasn't focused.

If you use your smartphone or tablet to take pictures, the manual setting is done by taping the device's screen.

Most cameras on the market come with presets or shooting modes. These combine the factors explained above (aperture, shutter speed, ISO etc.) in different amounts to match a certain situation. For example, you will have a Landscape preset ideal for a distant focus, allowing the camera to view objects at a distance and render them well. Or, you have the Macro preset, which is rather the opposite. It lets you capture an object within a close range, with great clarity, while it blurs the background – a flower or a snowflake close-up for example. Other common presets are Portrait, Night Mode, Sunrise/Sunset, Night Portrait etc. The Auto mode is best for beginners or situations in which there is no time to calibrate the camera functions.

The number of pixels in one image can influence its quality, as well as size. 1 megapixel represents 1 million pixels. Today's notable cameras start at 5 MP. The higher the number, the better it is for quality and printing.

Zooming means modifying the lens to make distant objects appear closer. Digital zoom brings objects closer by cropping the image and magnifying it, it doesn't modify the lens. Optical zoom changes the glass setup within the camera lens and creates images of a better quality. Some cameras offer a combination of the two.

A tripod is a portable 3 legged frame, used to stabilize and elevate the camera. A tripod is used mainly in cases where the camera's stability is important (night photos, for example), or when you want to take the same picture a few times without changing the camera's physical setting.

How to Teach Kids Photography - 11 Tips